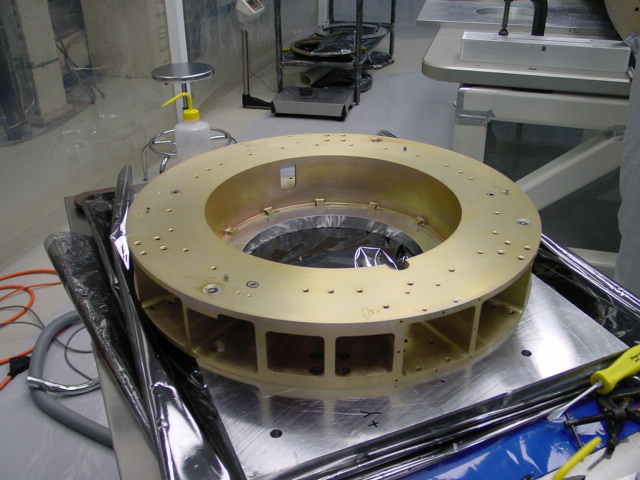 e supporting the Focal Plane Camera Assembly.
The OBIF (see figure) is the primary structural element of the XRT. It supports the forward and aft telescope tubes, the Mirror Module, the Electron Deflector and the TAM Otpics and Camera It also provides the interface to the Optical Bench.
The Telescope Tube has a diameter of 508mm and it's composed of two sections. The carbon fiber layup is designed to minimize the longitudinal coefficient of thermal expansion so the alignment and focus are not affected by temperature gradients. The rear tube supports the Focal Plane Camera Assembly and incorporates internal optical baffles. The forward tube section encloses the mirrors and supports the door assembly and the star trackers. The telescope tube is sealed at the forward end by a single-shot door assembly built by Starsys. The door protects the X-ray mirrors from contamination during ground testing and launch. The door will be opened two weeks after launch to allow the spacecraft time to outgas before exposing the mirrors. 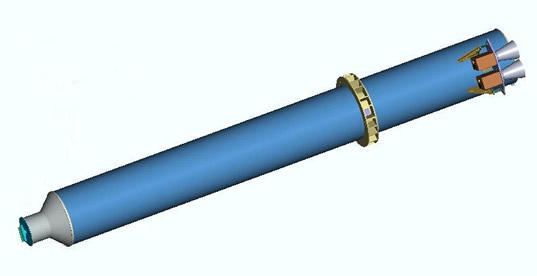